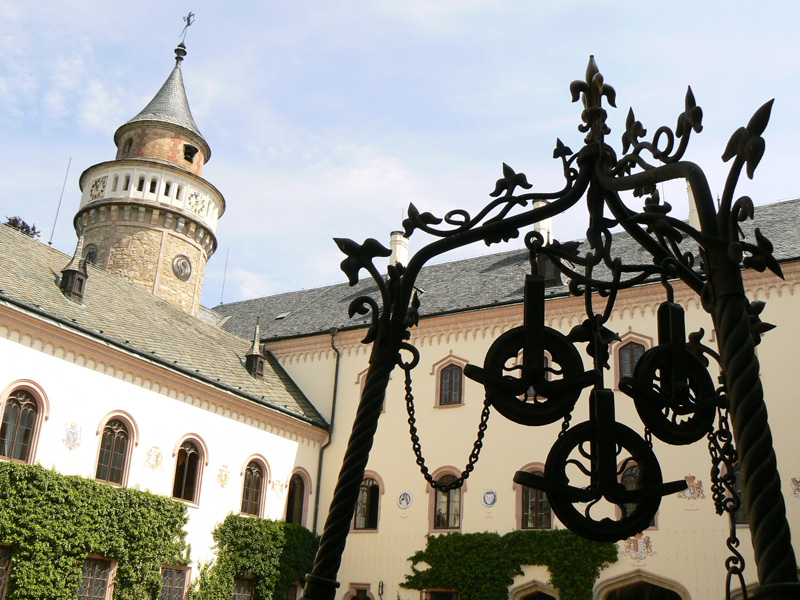 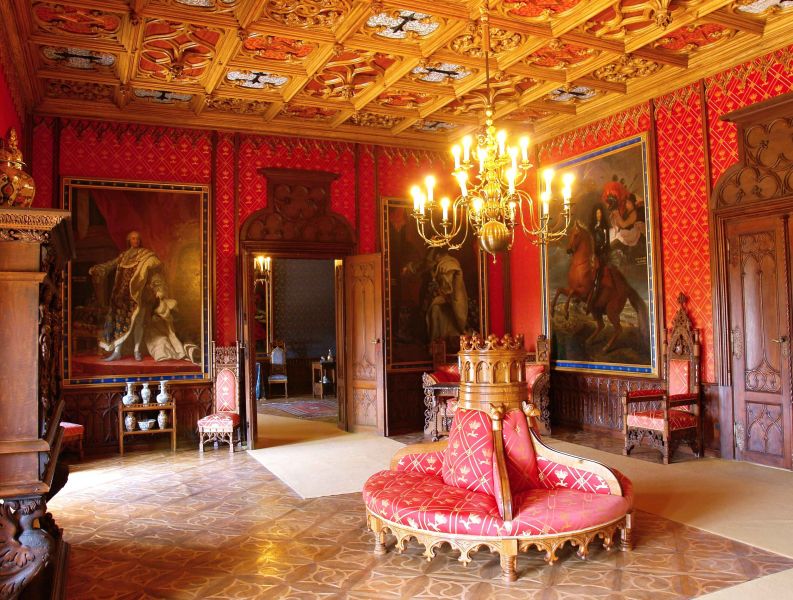 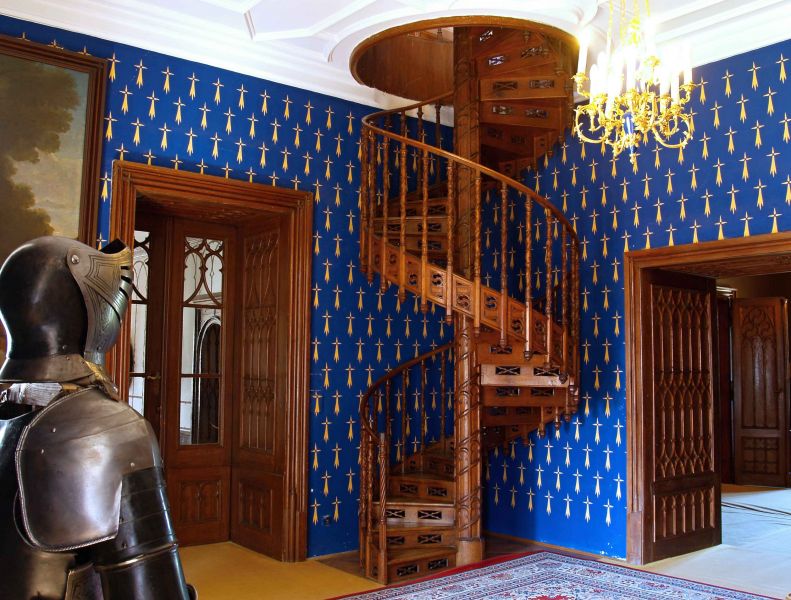 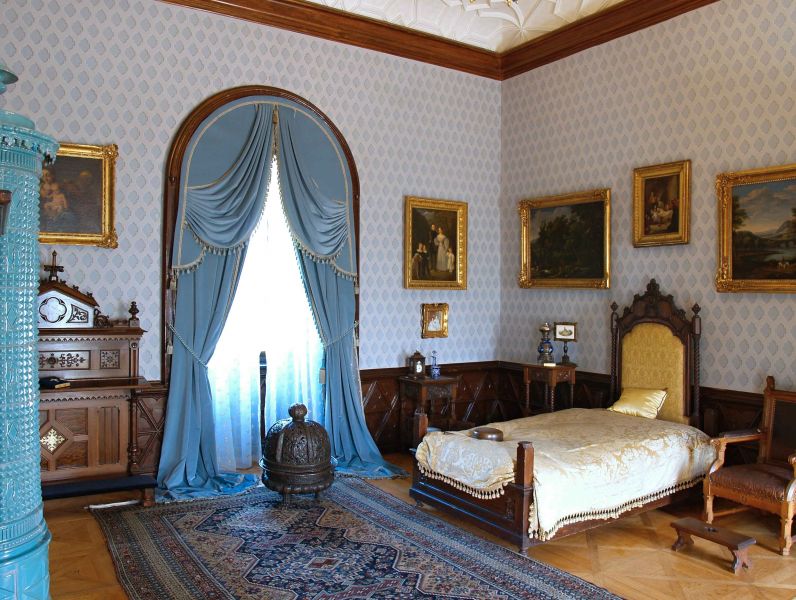 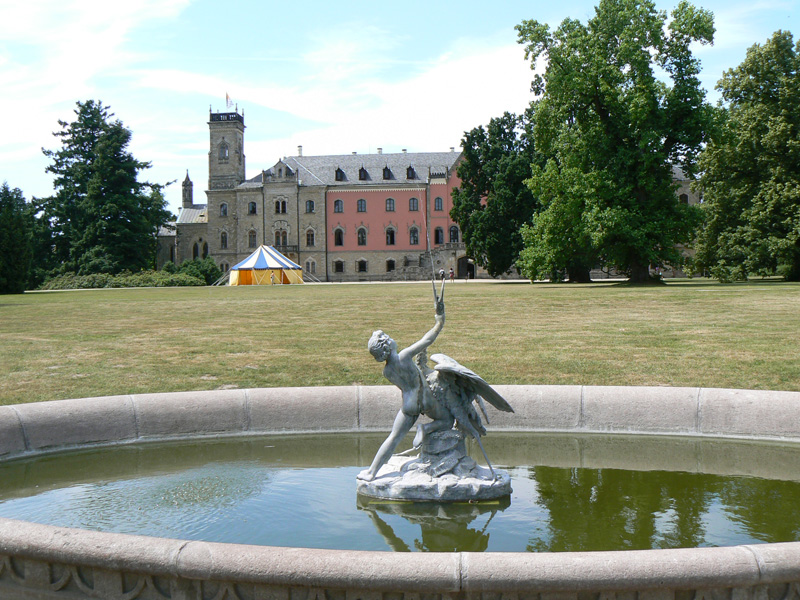 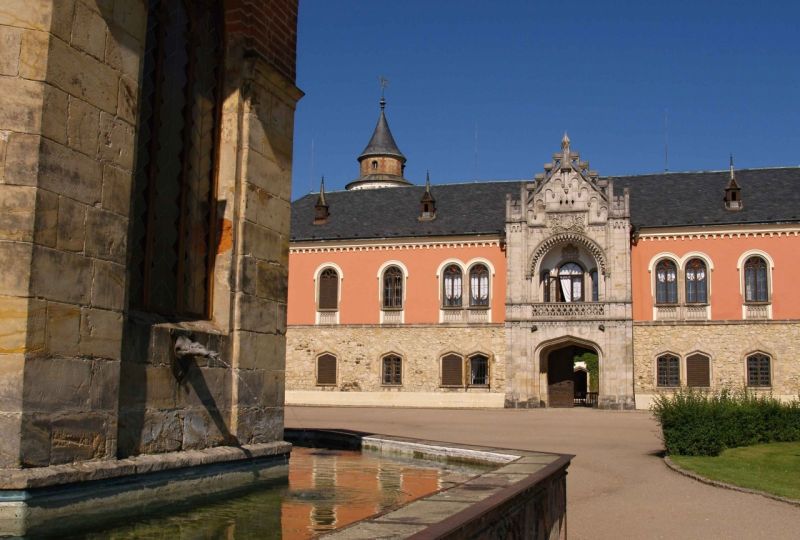 In the place of Sychrov a small Baroque castle was erected in 17.century. During of next two centuries the ownership of the Castle turned to several noble families. In 1820 Sychrov was bought by the family of Rohan, French aristocrats exiled by the French Revolution. The vast reconstructions they provided changed the outworn Baroque castle into what we see today – a magnificent romantic neo-gothic Chateau. The Rohans had the vision; the skills of the local woodcarvers, decorators, carpenters and glass painters made it. Special attention was paid to the Castle Park, designed in English style. The Rohans Orchid collection was one their prides, famous far beyond Bohemia. Sychrov glasshouse was among the Orchid suppliers to Schönbrunn Palace in Vienna.
Sychrov Castle is one of the few castles in Czech Republic open all year round Mondays including.
The Sychrov Interiors tour (please see admission details bellow) offers an exclusive collection of valuable original furnishings. You can also enjoy the Rohans collections of ceramics, Murrano glass, porcelain and woodcarvings. Notable is the collection of French portrait paintings, consisting of more than 200 portraits of the Rohans, their related families and French kings. You walk trough bedrooms and representative halls, admire private chapels and elaborate staircases, probably curious to know who the King Apartment was waiting for…
After the Interiors tour you can take a walk in the Park, following the steps of Dvorak. The famous Czech composer was among the often quests of Sychrov at the end of 19.century.

Sychrov Castle is situated approximately 70 km north of Prague.It takes and hour an so to get there. Then we join a Castle Interiors tour guided by a local guide. After the Castle Interiors tour you can stroll around the castle park taking pictures or you can just relax at the Castle Café for a while. There is a pleasant restaurant just opposite the Castle where you can taste traditional Czech dishes. And a Czech beer, of course.

Sychrov Castle Tour duration: 5 to 6 hours
Suggested starting time: not later than 10 am

Price includes a qualified guide speaking your chosen language. It does not include admission fees and transport costs; transport costs may vary depending on exact number of persons. Admissions depend on different languages and are from 150CZK up to 250CZK. Photographing is allowed at a cost of 100CZK

Sychrov Castle is opened all year round. Closed December, 24.

* Rates are in Czech Crowns, Euro rates are approximate. You pay cash to your guide in CZK only.
Copyright © 2021 Go Travel Prague.